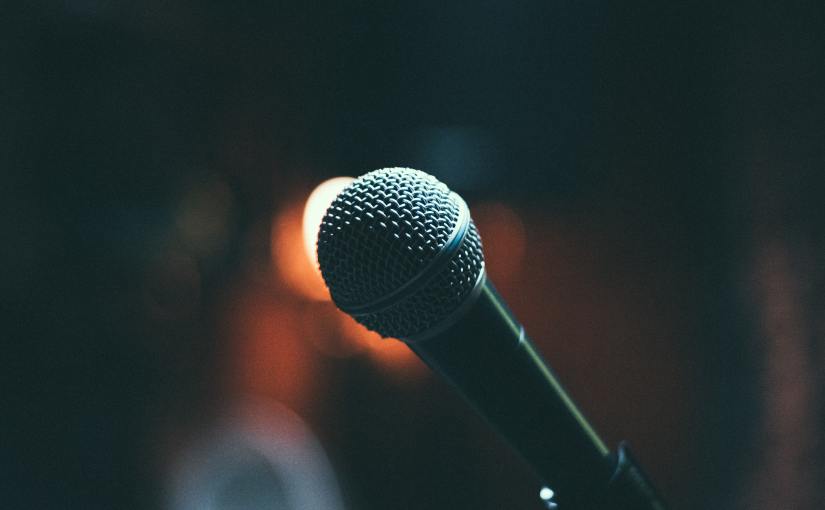 An old friend and I used to argue about whether or not a joke could ever go too far. His view was that comedy was a kind of sacred art that put comedians and the work they produced beyond criticism. He thought those who did criticize the art of comedy were either too sensitive or too stupid or simply unenlightened. They just “didn’t get the joke”. His view was that, as an artist, a comedian should never have to feel bad for their expression. It was, after all, beyond their control how their “expression” parsed and understood by the public, right?

My view was that, though of course everyone everywhere is allowed to say whatever they want, that doesn’t mean that some things, jokes included, aren’t distasteful or even harmful. I thought that if comedy were such a sacred art, it should always be striving to make the message clear and comedians should use their gift for the good of humanity not to hurt its most vulnerable populations. My view was that where comedy did not meet these ideals, it should be criticized, and the artist behind the joke should bear some responsibility for its impact.

We would go back and forth every few days, him saying that if people didn’t like the joke a comedian made, then they should simply leave the club, or turn off the TV rather than criticize and me saying the harm wasn’t with the people who could leave or change the channel, the harm lay with those who would stay and laugh. Those who believed the ugliness being spread below every pun and wisecrack.

He would ask me again and again what kind of jokes I would deem off-limits and I would say the obvious ones were those that made light of sexual assault or abuse and those that reinforced painful stereotypes of race, nationality, sex, gender, disability, religion, or sexual orientation. He would tell jokes that were examples of each and try to explain to me why they were so funny, why they were art. “Because rape is absurd”, he would say, or “because the stereotype is stupid”. After so many rounds, I usually just gave up feeling exhausted and hurt myself.

Looking back on the discussions now I can see that I lacked the language or the syntax to explain that our diverging viewpoints lay in the fact that we had clearly been hearing very different jokes over the course of our lives.

People make fun of each other for a lot of reasons. It’s a good way to bond. It’s a form of communication. A joke can make the truth of something easier to see and easier to swallow. A joke can even be an expression of love. Comedy lifts the spirits and brings us all together. I know that, and I also know that jokes can hurt and those who use them to hurt do so both intentionally and unintentionally.

What I tried to tell this friend was that perhaps he could not empathize with those who were hurting because he was not a part of the many groups being made fun of. He retorted that he himself had been bullied, and he himself had been the butt of jokes his whole life. Who would know better than he? What I couldn’t articulate was that though jokes about an individual person were painful (I know this firsthand too), they were not the same as jokes that reflected the long and widespread hate some people faced and felt hopeless to overcome in their day-to-day lives.

It’s one thing to have a joke thrown at you in anger, but some people have never had a joke thrown at them in disgust. Some people have never been able to see that the truth behind a joke was how much they were hated, not just by the person telling the joke, but by society at large. Some people were never afraid that with each telling of the joke that disgust would grow and put them in danger.

When I was young, my father used to make fun of women in front of me and from a very young age I understood the joke was never that “the stereotype of women being stupid is absurd”. The joke was simply that women were stupid. Those jokes were never directed at me, but later there would be others that were.

Growing up, my father’s side of the family would joke that anything I did that they didn’t like or understand was because of my “white side”. Those jokes hurt, but back then I couldn’t understand why, but I know now it was because it wasn’t a joke about me personally. What made the joke so harmful was it emphasized the place of mixed-race children as in-between and outside of both cultures they were born out of. The joke was about a stereotype of me and people like me, and also about the way the world viewed us then.

These are early and somewhat tame examples from my life, but there would be many more and much worse as I got older. I learned to navigate them, and then I had to learn to stop telling them myself. I learned that many people don’t understand their own jokes, and if asked to explain, they quickly grasp the harm they cause. I learned that many people laugh at jokes simply because others are laughing and that if we speak up, we might find others who will agree that it isn’t a matter of sensitivity, intelligence, enlightenment but of belief and impact.

Looking back, I did agree with my friend on one thing, comedy is a sacred art but where we disagreed was that comedy is beyond reproach. Jokes have power, and like any power, it can be used for good or for evil. They can hurt people as sure as any weapon and laughter is the hardest ammunition to defend against. Jokes have the power to reinforce cruel beliefs, or they can utterly shatter them and lift our consciousness.

I’m not just talking about jokes told on stages or aired on TV specials. I’m talking about the jokes you hear around the office, the memes you share on social media, and the one-liners you get off in a group of close friends. Each one seems so small on its own but take them all together with the ones you’ve uttered and the ones you’ve laughed at and you can see that humor is a big part of everyday human life.

We should ask more and better of such a complex and common medium. We should ask more of every joke and earn each laugh, be in the name of what is good, not what is easy. We should examine why something is funny and whether that makes it right to say. A joke should never be funny because it is hurtful. A joke should never be funny because it belittles, offends, or spreads hate. A joke is never just a joke. A joke, in some ways, is the most serious thing you can tell another person.

A joke has power, and that should never be taken lightly.

This post was written in response to the WordPress Discover Prompt, Day 1: Joke

Photo by Bogomil Mihaylov on Unsplash

7 thoughts on “A Joke Has Power”